"They rejected his statutes, the covenant which he had made with their fathers.  The vanity they pursued, they themselves became; they followed the surrounding nations whom the Lord commanded them not to imitate."  2 Kings:17 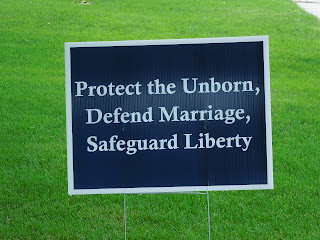 The word “remnant“ has been coming to my mind a lot lately and I have been trying to write a reflection on it for days, but I could not pull it together (admittedly this is a frequent problem for me).  I keep brushing the word aside thinking that the word remnant seems a tad over-dramatic. Is our culture dying so quickly that those who are still faithful to the Church’s positions on the issues of marriage, contraception and abortion in our Catholic churches are already a mere remnant (even if the pews seem full)?  Surely that is overstating the case! 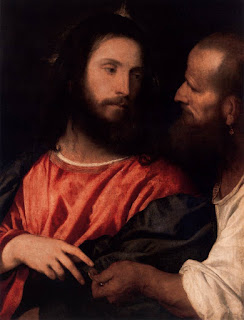 Yet in headline after headline, and in discussion after discussion, with Catholic individuals who ought to know better, I am finding that adhering to the Natural Law (the Ten Commandments), particularly in political views is not even considered!  Many ( though not all) of my fellow parishioners use a soft sentimentality as the basis for many political positions, how you feel governs your stance.  Anything that causes discomfort ought to be re-defined. This is dangerous because so many of these individuals are willingly handing over to Caesar the powers to bind or loose moral teachings – and if you try to make an argument against that, you are completely misunderstood, because so many lack an understanding of what liberty and freedom really mean!!!  Are we narrowing down to a remnant of faithful Catholics?

Then the Supreme Court’s ruling striking down DOMA and dismissing Prop 8 came down, not unexpected, but still quite ominous, and after reading Elizabeth Scalia’s excellent article titled “The ‘Party’ is victor; Time to save souls and churches” I realized I was not being dramatic at all.  It was the Spirit that place that word in my heart.  Not to cause despair, but to show me that the seeds of renewal are even now being sown.


The word remnant first popped into my head during the June 7th rehearsal dinner for my son Matthew and his then bride–to-be Grace. They were married on June 8th (Yes! It was the feast of the Immaculate Heart isn't that awesome!!!) after a real courtship that was based on discernment of God’s will for them. These two have a profound respect, for each other and their deepening love, for parental authority and a commitment to Christ through their Catholic faith. In fact, it was their Catholic faith that came shining through all the wonderful parties and joy-filled celebrations. Especially in the beautiful Nuptial Mass, where the Gospel was chanted by a newly ordained transitional deacon and Panis Angelicus , Ave Verum Corpus and Gounod's Ave Maria were beautifully sung. The Mass and all of the celebrations that surrounded it were directly and indirectly proclaiming what marriage truly is: A covenant that is “ordered to the good of the couple, as well as the generation and education of children.” (CCC 1660) Marriage was not just about the two of them, it was a bridging of the past generations to the future ones. It was about the obligations of these two to build up a Culture of Life through their vows to each other and to God. 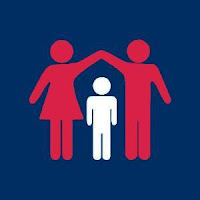 Both myself and Grace’s mother heard from guests who felt renewed and filled with hope after the wedding. It was so joyfully Catholic! Three generations of the priesthood participated in celebrating it and at least one other young man was undertaking serious discernment for a religious vocation. And it was at the rehearsal dinner that I looked around the room and felt the hope and promise of renewal that God is always offering us! I thought here ,in this room, are some of the remnant, the faithful remnant in an increasingly post-Christian world. God always leaves a remnant. And what a joyful remnant it was! I wish I had words for my gratitude.

Come Holy Spirit, fill the hearts of your faithful and kindle in them the fire of your love.  Send forth your Spirit and they shall be created.  And You shall renew the face of the earth.


The darkness of the Culture of Death’s attack on marriage, which is an attack on the Church, is even more disheartening because of the ignorant and complacent acceptance of these attacks by so many members of the Church.  In the face of this daunting opposition these young people were joyfully, faithfully Catholic.  They did not hide their faith under a bushel basket, nor were they stridently holding it over those they may have serious disagreements with.  They simply lived it with maturity and with great joy.  Sometimes it takes darkness to appreciate just how bright the light of Christ shines, and in the growing darkness of our world the joy of this marriage shines so brightly for me.   I know that some of our readers have also been graced with signs of hope like this as well, and to these things we hold on to.

We hold on to them and share them with others because the threats that were once vague and veiled and aimed at our Church are solidifying and they are proving to be formidable.  I take no comfort in President Obama’s claim the he won’t force religious institutions to accept gay “marriage”.  It is a hollow promise.  And every day more souls are giving up the fight, because it looks hopeless, because it is much easier to just give in, because no one they know and respect is willing to stand up and proclaim the truth, and take the insult and calumny that will result from it.  The Culture of Life is facing the ravenous dragon in the Culture of Death and we appear to be losing.  But we are not.  Have faith and endure, and be perceptive of God’s signs of hope! There is a remnant, praise be to God!

Go then, rejoice and exalt over the children of the righteous, for they will all be gathered together and will bless the Lord of all ages.  Tobit 13:13


How about you? Where do you see signs of hope?

And for more encouragement in strengthening and growing the "remnant" check out Deacon Paul's link:  Small Faith Communities
or if reading is more your thing:   Catholic Spirituality Blogs Network

This post is also featured on Catholic Bloggers Network :  Scripture, Sunday Readings and Homilies
Posted by Heidi at 3:37 PM