Is Your Hope Full of Immortality?

I call upon you, for you will answer me, O God

As I pondered the readings for the Thirty-second Sunday in Ordinary Time, which contain the passages from Second Maccabees telling the story of the hellish torture and execution of seven brothers and their mother, I was reminded that, in this world, sometimes places of horror and suffering are places where the Kingdom of Heaven emerges powerfully from those who call upon the Lord. Enduring hope is kindled in these places of earthly desolation, and true freedom, for God is the God of life, not of death, a God of freedom from fear and tyranny. Are you truly as free as you are meant to be?

…that we may be delivered from perverse and wicked people,

Fast forward to Luke’s Gospel account of Jesus’ encounter with the Sadducees -- the intellectual elites of their day  – and we see that even in Jesus’ time there were those who, even with the glorious witness of the seven brothers and their mother, (though it is said that the Sadducees did not accept anything other than the first five books of Scripture as authoritative), did not believe in the resurrection. They rejected the gift of true freedom which is rooted in eternal life.  It is a philosophy (not uncommon in our time) which binds us to only what we see and feel, and therefore, binds us to fear of losing those things. Fear enslaves all. God frees all who take refuge in Him. Jesus breaks through the superficial Scriptural interpretation of the Sadducees by showing them the truth that was always present in the Scriptures they dissect: God has made us to live eternally.

“even Moses made known in the passage about the bush,
when he called out 'Lord, '
the God of Abraham, the God of Isaac, and the God of Jacob;
and he is not God of the dead, but of the living,
for to him all are alive." 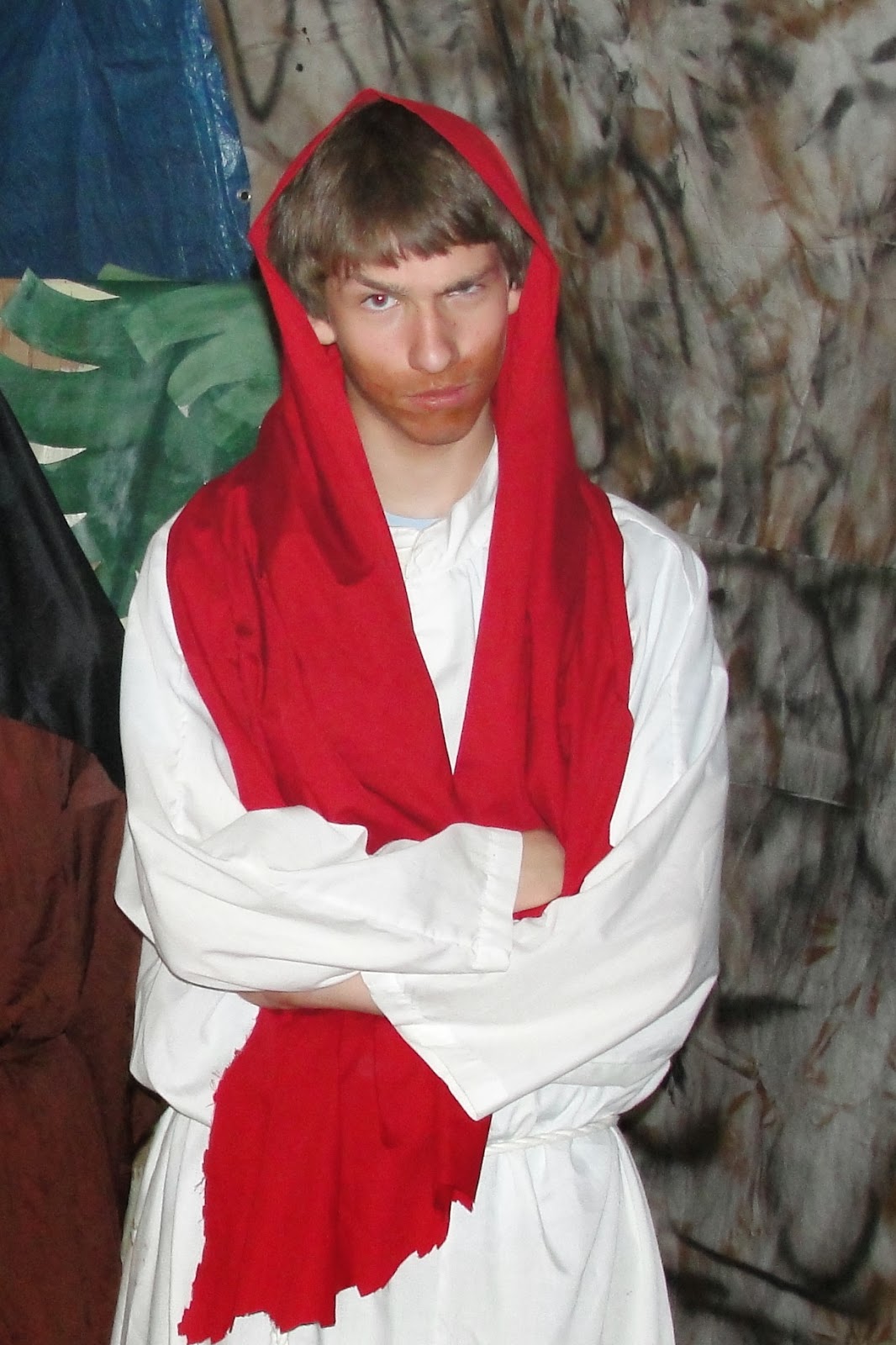 Contrasting the Sadducees weakness of faith (being so rooted in this world) with the faith of the seven, I guess, if you can't believe in something greater, the only thing you can do is ridicule what they died for. In the story, the seven brothers are tortured and executed one by one for not conforming to the king’s decrees to worship a god other than God. If the Sadducees really understood the story, they would have understood how ultimately free one is when the eternal God has been put first. When you really trust that you can hide in the shadow of His wings, not for temporal gain, but for eternal gain; the gain to behold His face.

It happened that seven brothers with their mother were arrested
and tortured with whips and scourges by the king,
to force them to eat pork in violation of God's law.

The king at that time was determined to abolish the Jewish faith by making it illegal to follow God’s laws and statutes. They could not legally offer pure worship to God! The obligation to violate God’s laws was enforced by terrifying displays of torture and execution! If the fear of losing worldly pleasure and comforts did not break devotion to our eternal God, then a more primal fear was invoked, fear of a tortuous death. Their highest hopes were to be placed in the powers of this world to keep them safe and sound, to preserve their lives. Fear was to rule over them.

"It is my choice to die at the hands of men
with the hope God gives of being raised up by him;”

Instead, the brothers and their mother placed their hope in the eternal; a reality more real than their earthly suffering. In doing so they were graced with the freedom to suffer all things, to not be reduced to their fear of pain and death, and thus to merit eternal life. Eternity is not for wimps!


…After him the third suffered their cruel sport.  He put out his tongue at once when told to do so, and bravely held out his hands, as he spoke these noble words:  "It was from Heaven that I received these; for the sake of his laws I disdain them; from him I hope to receive them again." Even the king and his attendants marveled at the young man's courage, because he regarded his sufferings as nothing

How horrifying! I am a wimp, I hate even reading about it! Yet, in this story of martyrdom, these young men and their mother demonstrate a hope beyond hope. They show us something that we already have an inkling of deep in our souls, but something that the “Sadducees” of the world are always trying to rationalize away: What we see -- even what we feel -- in this world is not all there is! This world is not the ultimate reality. It is not eternal. The young men refuse to allow their faith to be rationalized away…even under the threat of unfathomable torture. Enduring in this hope is a gift that we should pray to receive.


May the Lord direct your hearts to the love of God and to the endurance of Christ.

May our Lord Jesus Christ himself and God our Father,who has loved us and given us everlasting encouragement and good hope through his grace,encourage your hearts and strengthen them in every good deed and word.

I will leave you with this beautiful song "I Shall Not Want" by Audrey Assad which can be found on her newest album Fortunate Fall, it is a prayer that I think is appropriate for this post, enjoy!   Heidi