God’s Use of Fire 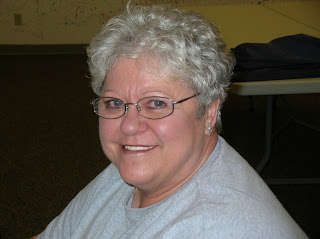 Fire has been called the “ultra-living element.”  Gaston Bachelard’s Psychoanalysis of Fire points out this unique “lifeness” of fire:

Bachelard’s definition is expressing the emotions that fire can be used within us but it can also express God’s power and presence.

In the Old Testament, Adam and Eve broke their relationship with God in Genesis 3:24 . . . drove the man out, placed on the east side of the Garden of Eden cherubim and a flaming sword flashing back and forth to guard the way to the tree of life.  We cannot hide from God nor think we are better than Him.  Then, Moses was called by God to lead His people by appearing within a flaming bush . . . the bush was burning with fire, but the bush was not consumed (Ex 3:2-3).

It appears that God’s emotions were taxed with His chosen ones – the Israelites coming out of Egypt.  He did not guide them along a direct path from Egypt to the Promised Land but instead he took them by a longer route to avoid fighting with the Philistines. He did not want the Israelites to face war because they might change their minds and returned to Egypt.  Therefore, God  gave them a physical sign –  a pillar of cloud and a pillar of fire so they would know day and night that God was with them on their journey (Ex 13:20).  God’s appearance to Moses and the people on Mount Sinai. . . . . descending on it in fire (Ex 19:18) . . . the Lord looked like a consuming fire (Ex 24:18) . . . the Lord spoke to you out of the fire (Deut 4:12; 36).  God was always present to guide His people.  The prophets of Israel expected God to appear . . .  as a glow of flaming fire by night (Is 4:5), the Lord is coming with fire . . . bringing down his anger with fury and his rebuke with flames of fire (Is 66:15), and seated on a throne flaming with fire (Dan 7:9-10).

Fire is used by God to purify his people.  Purifying or testing is experienced by facing life’s trials.  Trails refine our character . . . we went through fire and water, but you brought us to a place of abundance . . (Ps 66:10-12).  We are important to God and he will summon us by name and give us him name (Is 43:7).  In the future, God’s judgment will also purify God’s people by fire. . . “I will refine them like silver and test them like gold.  They will call on my name and I will answer them; I will say, ‘They are my people,’ and they will say, ‘The Lord is our God’” (Zech 13:9).  In 1Cor 3:12-15 “. . . his work will be shown for what it is, . . . it will be revealed with fire, and the fire will test the quality of each man’s work.”
In the New Testament, the most important aspect of fire symbolized the transforming energy of the Holy Spirit’s actions.   John the Baptist baptized the people with water but he said . . . “after me will come one who is more powerful than I . . . He will baptize you with the Holy Spirit and with fire” (Matt 3:11).  Baptism was an outward sign of commitment but to be effective an inward change of attitude had to happen, thus by the work of the Holy Spirit.  In Acts 2, Feast of Weeks (also known as Pentecost) all had gathered to celebrate when “suddenly a sound like the blowing of a violent wind came from heaven and filled the whole house where they were sitting.  They saw what seemed to be tongues of fire that separated and came to rest on each of them.  All of them were filled with the Holy Spirit and began to speak in other tongues as the Spirit enable them” (2-4).  Here, tongues symbolize speech and the communication of the gospel.  Fire symbolizes God’s purifying presence that burns away the undesirable elements of our lives and sets our heart aflame to ignite the lives of others.  The NT continued the OT theme of fire as a symbol of divine judgment by mentioning fire of hell (Matt 5:22; 13:50, 18:8; Mark 9:48; Jude 7; Rev 19:20).

Churches around the world continue to use fire as symbolizing God’s presence.  Candles represent the presence of God.  In John 8:12, 9:5), Jesus said, “I am the Light of the World.  In Catholic churches, a Sanctuary Lamp burns eternally outside the tabernacle where the Eucharist is kept, signifying the divine presence of God.  An Eternal Light (Ner Tamid) hangs above the ark in every Jewish synagogue.  It is often associated with the menorah, the seven-branched lamp stand which stood in front of the Temple in Jerusalem.  It is equivalent with the continuously-burning incense altar that stood in front of the ark in 1 Kings 6.  Fire throughout the Old Testament guided and directed God’s people with Him at the helm leading to the fulfillment of Jesus in our lives.  Jesus is our “lifeness” and He shines His light on us freely.

Copyright 2011, Pat Scholl
Posted by Heidi Knofczynski at 8:14 AM