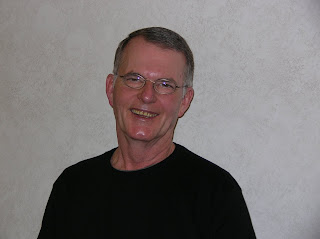 The use of milk as a beverage probably began with the domestication of animals. Goats and sheep were domesticated in the area now known as Iran and Afghanistan in about 9000 BCE and by about 7000 BCE, cattle were being herded in what is now Turkey and parts of Africa. The method for making cheese from milk was known to the ancient Greeks and Romans, and the use of milk and milk products spread throughout Europe in the following centuries.

Milk is defined by Dictionary.com as:
1. An opaque white or bluish-white liquid secreted by the mammary glands of female mammals, serving for the nourishment of their young.
2. This liquid as secreted by cows, goats, or certain other animals and used by humans for food or as a source of butter, cheeses, yogurt, etc.
The ancient Hebrews held milk in high favor; the earliest scriptures contain abundant evidence of the widespread use of milk from very early times.  According to ProCon.org the bible contains some fifty references to milk and milk products.
Milk nourished the spirits as well as the bodies of the biblical peoples. Milk and honey together symbolized good health, prosperity and blessings from God. As a food it ranked next in importance to bread (Sirach 39:26).
There are several different sources for milk mentioned in the Old Testament. The milk of cows, Deuteronomy 32:14 and 1 Samuel 6:7; of camels, Genesis 32:15; of goats, Proverbs 27:27; of sheep, Deuteronomy, 32:14 and of sea-monsters, Lamentations 4:3.
McKenzie states: “The milk used in OT times was sheep or goat’s milk kept in skin bottles; in the arid and semiarid neighborhood of Palestine and even within the country itself in some regions water is scarce or unsafe, and milk was often used to quench the thirst. The milk could not be kept fresh but sour curdled milk was and still is a delicacy in the country.”
Milk was among the first things set before the weary traveler, Genesis 18:8, In fact, it was considered a luxury, Judges 5:25. Cheese of various kinds was made from it and the curds were eaten with bread and possibly also made into butter by churning, Proverbs 30:33.
It is possible that milk was used for seething other substances: at least the Israelites were strictly forbidden to seethe a kid in its mother’s milk (Exodus 23:19; 34:26; Deuteronomy 14:21). By a very general interpretation of these passages Jews have come to abstain from the use of mixtures of meat and milk of all kinds.
Figuratively the word is used (1) of abundance (Genesis 49:12: (2) of a loved one’s charms (Song of Songs 4:11); (3) of blessings (Isaiah 55:1; Joel 3:18): (4) of the (spiritual) food of immature people (1 Corinthians  3:2: Hebrews 5:12,13: (5) of purity (1Peter 2.2).

According to McKenzie’s Dictionary of the Bible, milk is mentioned only four times in the New Testament, and three of these are metaphorical (with the exception of 1 Corinthians 9:7).
In 1 Corinthians 3:1, Paul compares his instruction to the Corinthians to milk given to infants who are not ready for solid food. The same metaphor of milk for elementary instruction is used in Hebrews 5:12-6:1; here the writer finds fault with his readers for not advancing  from the milk, the elements, to the solid food of the perfect.

Copyright 2011 Phil Pratt
Posted by Heidi Knofczynski at 11:40 AM