BETTER THAN SILVER and GOLD! 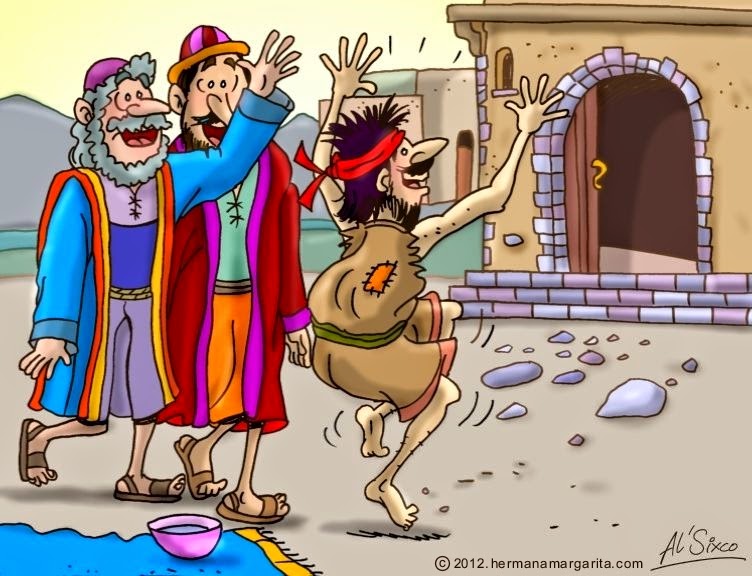 BETTER THAN SILVER AND GOLD!
(a reflection on Acts 3:1-10, by Deacon Paul Rooney)

This weekend we celebrate the Solemnity of Saints Peter and Paul, Apostles. At our Vigil Mass, the First Reading [Acts 3:1-10] brings us the delightfully wonderful scene of the healing of the crippled man by the Temple gate. We see several Christian themes strongly in evidence. These include almsgiving, prayer, praise, and the ministry of healing. But the most joyfully stunning picture of all is the image we are given of a no-longer-crippled man "walking and leaping and praising God" after ministry by Peter and John.

It is clear that our evangelist St. Luke, saw almsgiving is an important act of justice – he knew that as Christians, it is something we are all obliged to do all the time. It is not just an option to consider when we "feel" like it. In fact, our Church calls almsgiving and similar works of mercy or charity the extension of the
Church's preferential love for those who are "poor" in any of its multiple forms [CCC #2447-2448]. 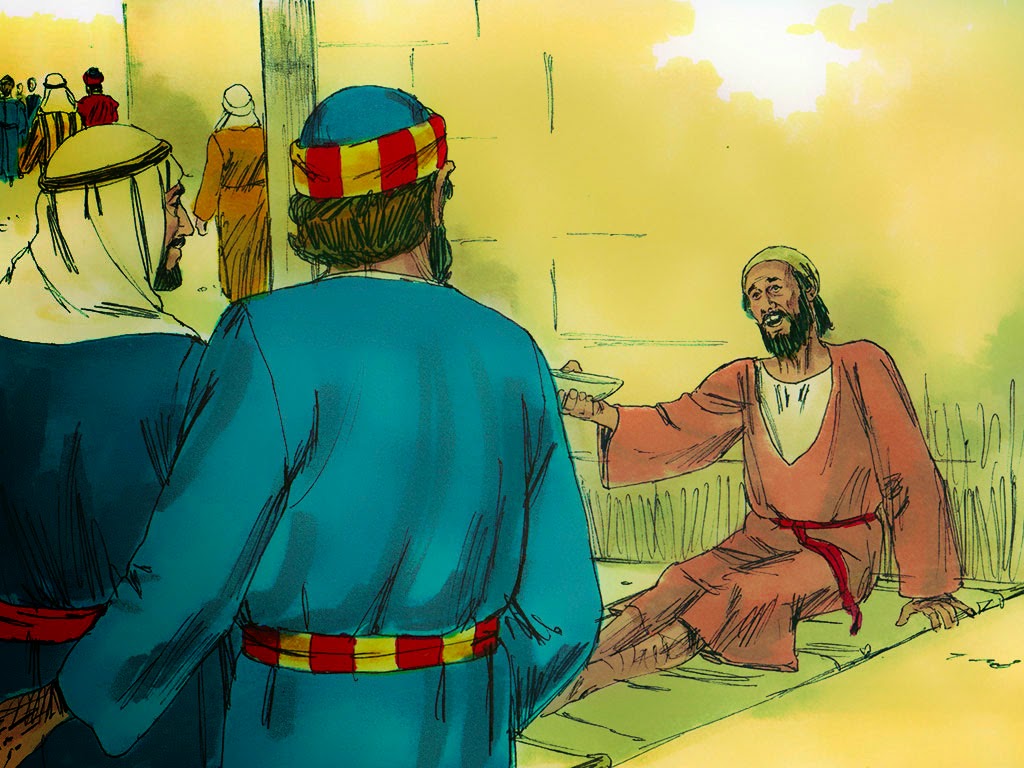 On this occasion it is the crippled man who initiates contact with Peter and John by begging for alms, and that simple gesture began the process that changed his life forever. Just as the mission of Jesus himself had been confirmed by miracles and signs, so the mission of the apostles is confirmed by this first miracle in the Book of Acts, and there will be others that follow. St. Luke is emphasizing the disciples’ imitation of Jesus, showing that God’s plan for the salvation of all people extends beyond the earthly life and ministry of Jesus himself, through the church.

It is very important to note that it is only through the power of the name of Jesus that the crippled man is healed. The Church is not merely the successor of Jesus; it exists under the power of his name. Jesus lives; He is Risen - - that is our "forever" Easter message! And because HE lives, the Church lives, subject to Him. The prophet Joel (2:19) had predicted there would be signs upon the earth in the last days; the healing of the cripple is understood to be one of those signs. “The name of Jesus” signifies the presence of Jesus, and also his saving power during the time of his absence.

That gives us all great Hope! Healing and Deliverance from the influence of evil forces is not restricted to the time when Jesus walked the earth. It continues today! There are a LOT of "spiritually lame" people "sitting at the gate" waiting for the Peter's and John's and Harriet's of today to help them – through both alms AND healing prayer! In many respects, you and I are spiritually lame in certain areas, and need deliverance. Never underestimate the power of prayer spoken under the authority of and "in the name of Jesus"!

My wife Patricia and I experienced this grace of "the name," as ministers on prayer teams at the "Unbound Conference" that was held at St. Bernard Church in Omaha on June 13-14. We witnessed this power and authority of "the name of Jesus." Many people (more than there was time for at the Conference) asked for private deliverance prayer, and they were all set free from many different issues that had been oppressing them and holding them in bondage. The mission of Jesus, proclaiming liberty to captives and letting the oppressed go free (Luke 4:18), is being continued by his disciples to this very day!

I would encourage each one of you to acquire the book "Unbound," authored by Neal Lozano, and read the
first nine chapters about the "five keys" to freedom. You can also google Lozano's website for more information. As Rev. Michael Scanlan [past president of Franciscan University of Steubenville] says, "This is the most helpful book I know for dealing with evil spirits and related impairments in people's lives." Silver and gold we have none...but we believe in the power and delegated authority of Jesus to all of His disciples, and we act upon that belief!
Blessings, Deacon Paul Rooney
-----------------------