A reflection for the Third Sunday of Easter, April 19
By Judy Morss 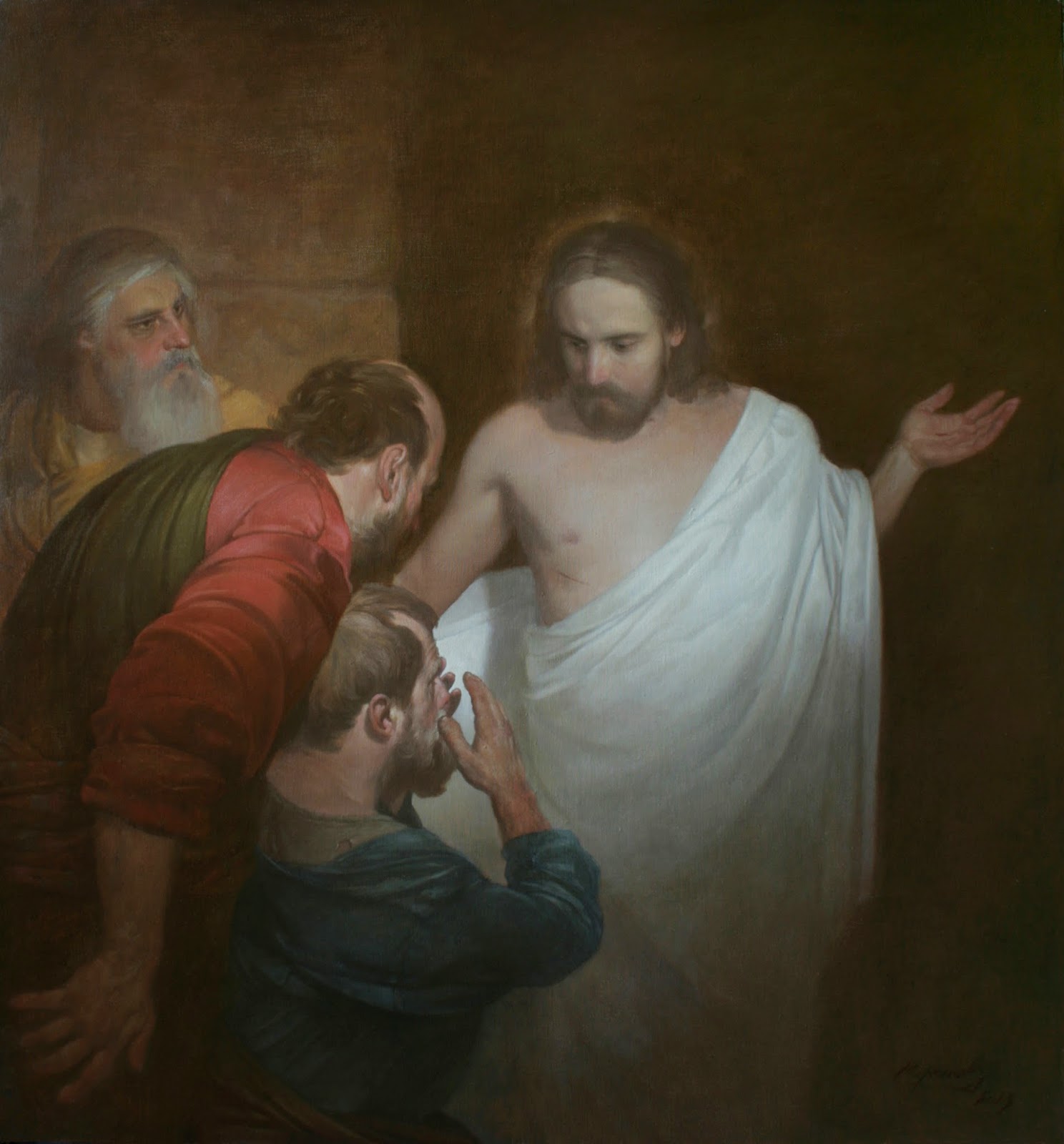 The gospel this week finds the apostles back in the upper room. They were probably fearful and wondering what would happen next. Two of the disciples had reported back to the apostles that Jesus had made himself known to them in the "breaking of the bread."  Jesus appeared to the group gathered together.  It is not unexpected that they were startled and probably very frightened.  They thought they were seeing a ghost.

Jesus spoke to them asking why they were frightened.  Did they recognize Jesus? His wounds from
crucifixion were visible.  As he showed them his hands and feet, they probably began to realize that their Savior was indeed in their midst.  Jesus reminded them that he has already spoken to them about what would happen to him. He reminded them that everything would be fulfilled.

He opened up scripture to them so that they could better understand it.  Then he said that they are "the witnesses of these things."

We are blessed to have heard the Word of God, even though we have not seen Him with our eyes.  We still believe. We, too, are called to give witness to what God has done for us and for the whole world.  Right now we are in that special place between Easter and Pentecost.  Our Savior has risen. What should we being doing? I think that we should spend more time being a witness. We are meant to be "witnesses of a great joy, witnesses that love is stronger than death, and witnesses of the resurrection." This is the role that the disciples will soon take on as their mission. This can be our mission as well.  Most of us will not be traveling throughout the world witnessing and evangelizing. However in our small circle of influence we can witness what God has done for us through his beloved Son. And who knows how we might be able to enlarge that circle.

I found Psalm 4 to be just beautiful. I plan to incorporate part of the Psalm into my nightly prayer.

"O Lord, let the light of our countenance shine upon us!  You put gladness in my heart.
As soon as I lie down, I fall peacefully asleep, for you alone, O Lord, bring security to my dwelling. "