I am re-posting this reflection (originally titled "Arise Lord") because today's Gospel is Matthew 15: 21-28 , and also because the first reading tells us of the Israelite's, whose fear of the Lord was not as great as their fear of the inhabitants of the land that God had promised them. Because they did not trust the Lord, because they choose to listen to the voices of men and not God, God created an interval of 40 years for them to wander in the desert.

As I noted in the reflection there is a danger in this interval, a danger that we do not order our desires to God's will.  Yet, today's Psalm says that during that interval, Moses stood in the breach between God and His stiff-necked people. Interceding on their behalf and praying that these Israelites learn to trust and take courage in the Lord, whose mighty power and great love delivered them from Egypt.

I have just finished reading Brave New World, in which a couple of quotes, for some reason, brought to mind Jesus and the Canaanite woman.  Then I came across a poem by T.S. Eliot, and I found myself trying to ponder them all at once; I was groping for a connection between them.  Does anyone else have problems like this?   It is really unsettling, and, from my point of view, distracting.  Why couldn't I calm my mind down? Even my prayer time was cluttered with these thoughts, and it was difficult to persist.  I could not escape these distractions through prayer, they intensified.  Clearly, I was making too much of these things.  I was not able to let them go even for the Lord during prayer.  And He was silent.

Later, when I was busy picking up my house while listening to Mumford and Sons I found that my distractions were following me.  I picked up one of my husbands Popular Science magazines, and while Mumford and while  Awake My Soul was playing in the background, I read that someone, somewhere is working on a face recognition feature for our TVs.  Imagine!!  As soon as your TV recognizes your face it will suggest shows that it knows you like.  No more channel surfing to give you a clue that the TV may be a distraction from things of higher importance.  TV will instantly soothe over all unsettled feelings, and all of your more transcendent “distractions” will fade away.  My "distractions" seemed to be coalescing into something more, and it occurred to me that maybe they were not distractions.  Maybe they were a prayer rising in my heart.


"Awake my soul!  You were made to meet your maker"

In Aldous Huxley’s book Brave New World  the Resident Controller of the Western World explains to young students why they are so lucky to be living in the modern world:


The tradeoff for this stability is love.  How it is accomplished is by eliminating families, and by the conditioning of all peoples, beginning at their test-tube conceptions, to be happy only in the certain castes they have been predestined to. Solitude, which can awaken a soul to a yearning for love, is eliminated thru constant socialization, through passionless promiscuity and, when the human soul overcomes even these distractions, there are side-effect free drugs to quell the stirrings of transcendent desire. They are etherized to deep feelings, good or bad, through the instant gratification of all their conditioned desires.


“Feeling lurks in that interval of time between desire and its consummation.”

“Have pity on me, Lord, Son of David!  My daughter is tormented by a demon.”  But he did not say a word in answer to her. "


Right after I read this I re-read the T. S. Eliot poem: The Love Song of J. Alfred Prufrock.  No wonder the powers-that-be in a Brave New World feel that they must eliminate the interval between desire and its consummation!   Only in the solitude of that interval can the beautiful yearning of the poet, and the lover, be discerned. In this time the desire grows, and the impulse to satisfy it becomes more desperate.  In the pain of that yearning one can realize that he has been living life etherized on a table, or that he has measured out his life in coffee spoons.  One can begin to discern what he truly desires.

Yet, it is a dangerous interval. The pain can provoke rage and despair, addiction and hatred -- instability.  It is worse for us in our post-Christian culture, which gives us so little strength for persevering in virtue, because it gives us so little to believe in.  As we progress in our (seemingly) orderly and safe society, we will need to provide a means to distract individuals from these intervals.  As Prufrock ends, you feel he has given up; to afraid of his own desires to push through the angst, the fear, and the impotency of a culture that loves very little.

“I have measured out my life in coffee spoons."


Ah, but if one perseveres in discernment this interval of solitude can also pierce one’s soul with the awareness that he belongs to Someone who is beyond the vanities of this world, and you have an irreplaceable identity in Him!  The depth or our pain has its fulfillment not in numbing distractions, but in a joy that at present you cannot contain.


Arise Lord, let not the voices of men prevail.


Here again is a dangerous moment, because sometimes when I cry out to God, He is slow to respond. And I have been conditioned to instant gratification! I sometimes feel that I am being ignored.  Like the Canaanite woman in Matthew’s Gospel, sometimes the Lord allows an interval between the professed desire and its consummation:

And behold, a Canaanite woman of that district came and called out, “Have pity on me, Lord, Son of David!  My daughter is tormented by a demon.”  But he did not say a word in answer to her.  His disciples came and asked him, “Send her away, for she keeps calling out after us.”  He said in reply, “I was sent only to the lost sheep of the house of Israel.”  But the woman came and did him homage, saying, Lord, help me.”  He said in reply, “It is not right to take the food of the children and throw it to the dogs.”  She said, “Please, Lord, for even the dogs eat the scraps that fall from the table of their masters.”  Then Jesus said to her in reply, “O woman, great is your faith!  Let it be done as you wish.”  Matthew 15:  22-28


But the woman, because of the great love she has for her daughter, perseveres.  She does not refuse to recognize the faults she brings with her, but lays them at His feet as well.  In the interval of time between the plea of the woman for her daughter and Jesus’ final words Jesus has drawn from her tremendous courage, trust and love.  She may have come only for healing of her daughter, but she surely left with a passionate desire for Him.  Her humble faith in Him brings the light of Christ to the dark recesses in her soul and she receives His love and healing in greater abundance, and so does her daughter.   When I hear Jesus say “O Woman”  I hear more than just a pat on the back  or a way-to-go affirmation.  I hear Jesus pouring out his great love for her, because she is now able to receive so much more of it! He has lifted her up in dignity and in her identity by allowing the interval of solitude to increase and refine her desire. What might have happened if she listened to the voices of the men around her?  What might have happened if she never experienced those moments of fear, anger, humiliation?

In case you may be wondering what Mumford and Sons song I was listening to:

Awake my soul.  For you were made to meet your maker.


Push through the temptation to let the voices of men distract you from the solitude that reveals the depth of your need, and the intensity of your desire for God.


It seemed to sum it all up for me.
Peace and grace,
Heidi 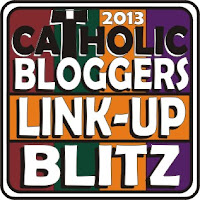